I am working on a project where I use:

Everything works fine both with the built-in 1-port RAM (Altera Megafunction IP) and with custom inferred 2-port BRAM (using this VHDL code). (I don’t use Altera’s 2-port RAM because I was not able to get it working with SignalTap, which was complaining about size limit of 553 blocks.)

The SignalTap recording of the ports of the custom 2-port BRAM is in the next image:

And the resulting image on the HDMI output looks as expected: 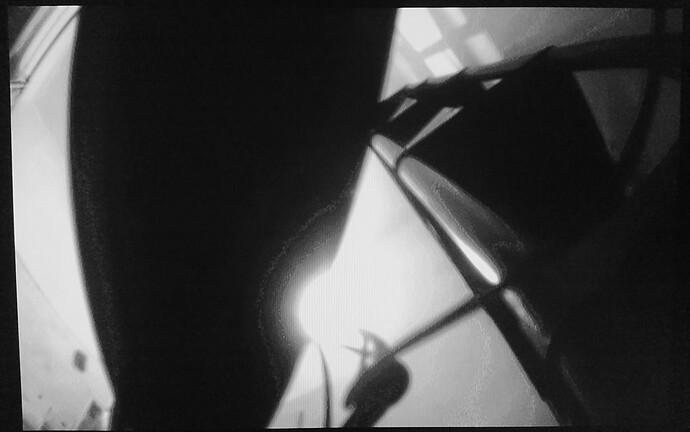 Because I would like to use also HPS, I tried to add soc_system.qip generated by the Platform Designer. I used the working DDR configuration from the GHRD, removed all GPIOs, peripherals, kept only Clock source IP component (connected to the 50MHz clock) and the HPS IP block to have a minimal configuration of the HPS.

And it results in the following artifacts in the HDMI output: 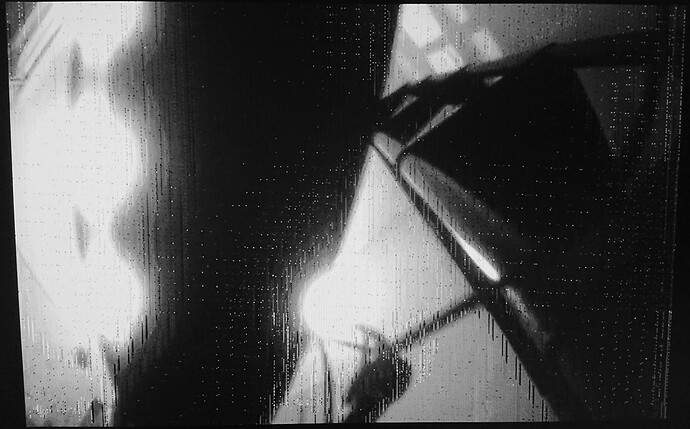 I really don’t understand why this is happening. I tried to feed the clock source with the derived 40MHz clock (I thought it could be a timing issue) but it behaves the same. The same problem happens with the Altera’s 1-port RAM. When I comment out the system_soc component and remove the qip file from the project, it starts working correctly again…

Thanks for any suggestions on what I am doing wrong and how this can be solved.

Are you setting timing of the external interface to BRAM?

The bad pixels imply that it’s on one particular data or possibly address bit because of the vertical lines.

It looks to me like a setup timing is being violated. That could happen if the added logic required by the SOC is causing routing delays of your logic.

I suggest you make an sdc file and set all the timing parameters associated with BRAM interface related to off chip signals.

I don’t know how slow it would be, but you could simulate with timing to see the violation.

Thanks for the response. Yesterday I have solved the issue, it was indeed caused by the SDC file. I did not know it must be added to the file list in Quartus, it is ignored by the Fitter otherwise. Also my input/output delays for the HDMI and DCMI interfaces were wrong.