Can anyone here verify that the this new u-boot, which combines support for the secondary preloader and u-boot into one u-boot-with-spl binary, is capable of loading a CycloneV FPGA?

This is a hugely important feature for SoCs and I cannot imagine it was overlooked, but I have been blocked on trying to get this feature to work for months. If there is some bug, I would like to report it or at least how to diagnose the problem.

I have the same issue. I am also working on trying to solve it. I’ll post here if I find a solution.

Right. That is fine.
You should be able to build u-boot-with-spl.sfp so that you can get through the SPL, which is working fine as far as I can tell.
Then you should be able to point u-boot to a script that contains commands to interface with the FPGA manager in order to load a CycloneV FPGA image off of the SD Card or out of SPI Flash and program it into the FPGA

Right now, I can not do this and I do not know anyone on this forum who has. Back at Christmas time, I emailed Tom Rini, who at that time had the latest u-boot commits to socfpga_cyclone5_defconfig, detailing the issues and asking for guidance. He never got back to me, nor has anyone been able to program CycloneV FPGA from u-boot since this new build flow came out.

To date, my best investigation has led me here https://rocketboards.org/foswiki/Documentation/GSRD131ProgrammingFPGA, which details that the -6 error code I receive every time I try to program the FPGA is due to “The FPGA is having timeout from entering init phase or user mode after disable AXI configuration at FPGA Manager”. Perhaps I am configuring the HPS incorrectly in my Quartus build, but I believe I once configured the HPS the same way it is documented in this excellent guide from some former Cornell undergrads https://people.ece.cornell.edu/land/courses/ece5760/DE1_SOC/SoC-FPGA%20Design%20Guide_EPFL.pdf and I was able to program the FPGA from u-boot using the old flow with separate SPL and u-boot

Although I am just a hobbyist on the Intel platform, it seems to me like there is a bug and no one with the expertise to date has been able to offer insight on this forum.

I’m also loading an RBF via boot script into the FPGA. That works fine, too. Exactly as you said:

My U-Boot version is a year old (4/2019) maybe they broke something in the meantime.

You can find the U-Boot version I’m using here: 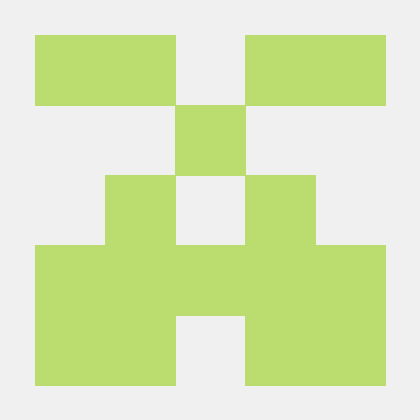 It definitely works for my DE10-Nano. If it is not working at your site, the problem is probably outside of U-Boot, e.g. broken RBF file or SD card.

I am struggling to get anything to appear on my console at boot.

I think it is a problem with my SoC design. Do you have a qpf with a qsys example of the CycloneV setup that you are using that I might see. If it’s proprietary, no worries.

@dhyslop was able to boot into Linux with the current setup as detailed in this thread. Cyclone V: Preloader and Bootloader, the new workflow since SoC EDS Standard version 19.1

It does not say explicitly, but he sent me a DM to confirm his efforts detailed in the 4/19 post were successful

Before I start playing with your u-boot, I would like to ensure the pieces around it are operational by replicating what he has done.

Ok. I was able to boot into Linux.

@thaler , can you share your boot script and which headers you edited in u-boot to get it to run?

I will start with trying to changes highlighted by this guide.
Per this guide


which is for an older version of u-boot.

I will change u-boot-socfpga/include/configs/socfpga_common.h from

I will then change u-boot-socfpga/include/config_distro_bootcmd.h

The guide uses a script that looks like this

Will post on any progress.
If you have something I can copy, that would be very helpful.

@thaler
I got the same thing I have gotten before we started our discussion in this thread.

Usage:
fatload [<dev[:part]> [ [ [bytes [pos]]]]]
- Load binary file ‘filename’ from ‘dev’ on ‘interface’
to address ‘addr’ from dos filesystem.
‘pos’ gives the file position to start loading from.
If ‘pos’ is omitted, 0 is used. ‘pos’ requires ‘bytes’.
‘bytes’ gives the size to load. If ‘bytes’ is 0 or omitted,
the load stops on end of file.
If either ‘pos’ or ‘bytes’ are not aligned to
ARCH_DMA_MINALIGN then a misaligned buffer warning will
be printed and performance will suffer for the load.
mmc - MMC sub system

FDT and ATAGS support not compiled in - hanging

ERROR ### Please RESET the board

I am using the branch from your repository labeled socfpga_v2019.04

My guess is that it is either my script (although I cannot understand how my commands are wrong for programming the FPGA) or maybe my Quartus isn’t right.

What version of Quartus are you using?
When I look at my version in Help->About Quartus Prime, it says

For the last argument to
fpga load

How do you get the size of the image? Seems like a magic number. What if my image is a different size.

When I get a chance, I’ll give your script a shot. Thanks so much.

It is not neccessary to have the FPGA programmed to boot the kernel. It may lead to problems later in the boot process, if you have any devices in your DeviceTree that rely on a programmed FPGA.
You should skip this step for now.

It seems that fatload fails. From what I see, loadaddr is empty in the script. Recheck the parameters used in the mmcload variable. I think you’re really close to have a booting kernel

@thaler
I know I can get into the kernel. I have done this with the default config in the u-boot that you shared earlier. I think the arguments for the script I was using were not right for booting the kernel, even if they were correct for programming the FPGA.

I really want to write platform drivers and load them at boot so everything in the kernel is initialized at login. (I like automating things.) To do this, I need the fabric configured before I start probing the AXI busand the kernel enumerates devices. That is my underlying motivation for this whole thing, even though I know it is not necessary.

My question about the image size still stands. How do you get that number?

It is the size of the RBF in bytes. You also get this number returned by the ext4load (or fatload) in the $filesize variable.

I also wondered what the bitmask argument to the bridge enable command is. That is another difference between our scripts

It tells U-Boot which of the three bridges to enable. Since there are only three bridges, I guess 0x7 is enough to enable all three. I’m not sure about their order. You can check in source code.

@thaler
I ran your script. This time I boot into the kernel fine, but I still can’t load the fpga

What other variables could it be? Is there any chance you could send me a verified .rbf to try. Perhaps it’s my Intel Quartus tools?

I had the switches in the configuration 01010.
I switched it to 00000, and the programming operation in u-boot worked.
@thaler , sorry for going through all this with you. Hopefully you can get a laugh out of this. I have been working on this for months and it was a board DIP switch.

@man27 where are you struggling? Perhaps I can assist you.

@jackfrye11
I am struggling with getting FPGA load to load the FPGA binary image .rbf .

I get the same error -6 message.

My board is DE0-nano.

Unfortunately, the switches are in the correct setting which is ON-ON-ON-ON-ON-X

Edit:
Would this work with Quartus version 18.0??

I used the exact script from post 9 that @thaler posted with the changes in u-boot that I made explicitly in post 7. I compiled the script not as the name he compiled it to (which was boot.img) and made changes to the file names in the script to match my files, and named my compiled script u-boot.scr to match the changes I made in the u-boot environment variables.

in the rootfs in the /boot/ directory as thalers script would suggest.

and ran it with this command

Where the ./sdfs had the compiled u-boot.scr
and ./rootfs had the root file system with the extra files added in the /boot directory as described above.

Copied the sdcard_cv.img onto the sdcard using Balena Etcher

A cross-platform tool to flash OS images onto SD cards and USB drives safely and easily. Free and open source for makers around the world.

Thanks for the summary. I will try it out and post the results.

Edit:
I was not able to load FPGA image working for Terasic DE0-nano board with Thaler’s u-boot branch.

However, I strangely was able to get a DE10-nano board to work with the newer u-boot 2019.10 and Quartus 18.0 lite using the new bootloader guide and u-boot.scr to boot kernel and load FPGA image.

I believe my DE0-nano board is faulty or not supported by u-boot since changing the switches did not make any difference.

Thank you @jackfrye11for posting this thread.

It turns out that I made a mistake. I had Quartus building the firmware image .rbf for the wrong device. I changed it to DE0-nano and the fpga image successfully loaded!